Home #SA Forever
Share on Facebook
Tweet on Twitter
Footballing superstar, ​Cristiano Ronaldo has opened up on the real true story between his now iconic “Sii” goalscoring celebration, claiming that, “he did not plan it out and that it was very natural”.
The 34-year-old who is considered to be one of the greatest players in the history of the sport, came up with the celebration during his final year with Real Madrid and it has become a very popular one with both fans and fellow players copying it in their own capacity. 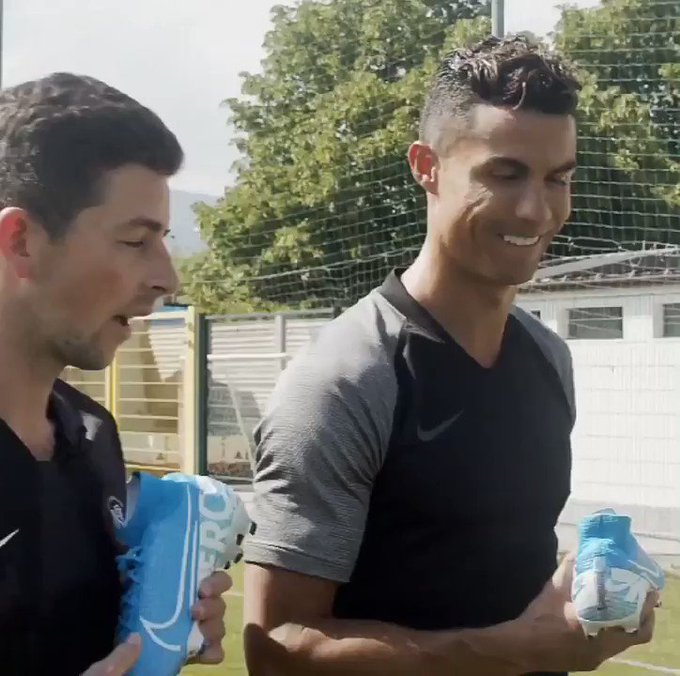 533 people are talking about this

“Haha [laughs], well I was in the USA [with Real Madrid] and we were playing against Chelsea. Now, I don’t know where it suddenly came from, the celebration.”I just scored a goal and did this [imitates his moves] like ‘Siiii,” Ronaldo said when asked as per ​Fox Sports.

“But it was natural. To be honest, it was natural. And since then, I started to do it constantly and I feel like the supporters and the fans want to see me doing it again and again. It’s like fans get reminded of me whenever they see the celebration, so I continue doing it like that,” he added.

The five-time Ballon d’Or winner made the surprise move to Juventus last season and enjoyed a successful debut campaign, scoring 28 goals in all competitions, which led him to win the “Serie A Player of the Season”.

What would the historical Jesus do faced with SA- COVID-19 lockdown governance response of regulations?

Message of condolence to Magqabi family

Request for declassification of information from Arthur Fraser and Bongani Bongo...

What would the historical Jesus do faced with SA- COVID-19 lockdown...

Message of condolence to Magqabi family

ABOUT US
Africa News 24-7 is an online news site dedicated to bringing you news from South Africa and the world. We are committed up-to-date news that is relevant and accurate. We have assembled a team of journalists to bring you independent and fair coverage.
Contact us: news@africanews24-7.co.za

Continued antics by the ousted party are unwarranted – ANC Joburg...